Fiberglass
Shingles are made from fiberglass which makes them great for fire and moisture resistant. Shingles are then impregnated with asphalt and coated with mineral granules and copper to deflect UV Rays.

Fire & Wind
Great for both. Asphalt roofing shingles have a class A fire rating and up to 130 MPH wind rating.

Appearance
This may be a personal preference, but the important thing to remember is how many choices of composition shingles are available. We only install thicker laminated “architectural” shingles for best look.

Slope
Can be used down to a 2/12 slope when applied properly. Caution must be taken. Consult a professional and certified roof consultant.

Warranty and Durability
Medium to long durability. When installed by a certified installer with all proper components a composition roof can carry a 50 year non prorated warranty which covers labor and workmanship as well.

Eco-Friendly
Petroleum based product are actually considered eco-friendly because they can be recycled and reused. In fact, we recycle all our asphalt shingles.

There are so many factors when considering a roof which include

How long do I need it to last?

How will it hold up to Washington’s elements like moss and decay?

Will the look complement my style of home?

Are the materials I’m considering eco-friend ly or recyclable?

How much is this going to cost me?

Is the type of roofing allowed by my local building codes or covenants?

Do I have a steep enough angle for my desired roof material?

Will my new roof be too heavy for the existing roof framing?

There are three major categories of asphalt roofing shingle products available today – strip shingles, dimensional shingles, and luxury shingles. It is important to understand the differences between each type of roofing shingle in order to pick the right product for your home.

Also known as 3-tab shingles (due to the cut of the shingle) or simply strips, strip shingles are the original and most basic asphalt shingles. They are made from a single layer of asphalt and have a very flat appearance that typically offers a slate look. Since they are made from a single layer, they generally weigh and cost less than other asphalt shingles. Prior to designer shingles being introduced in the 1980s, strip shingles were the predominant roofing shingle in the market. Today, strip shingles are used most often used by home builders that manufacture inexpensive homes, or by homeowners who are replacing roofing shingles on residences that already have strip shingles on the roof.

Also known as architectural or laminate shingles, dimensional shingles are the most prevalent asphalt shingles. These products are manufactured with two or more layers of asphalt that are fused together for a thicker and richer multi-dimensional appearance, and are engineered to replicate the wood shake and natural slate roofing aesthetics. Dimensional shingles are typically heavier than strip shingles, and have improved warranty protection. 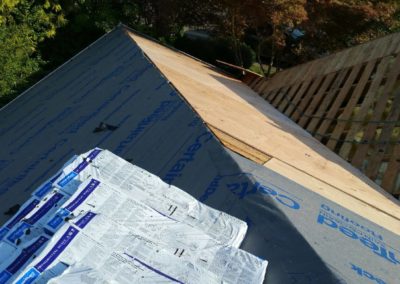 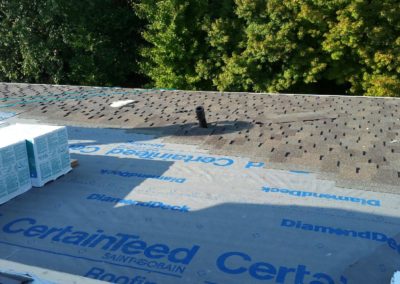 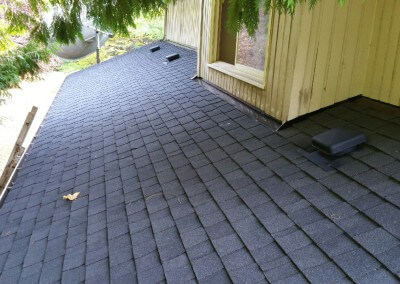 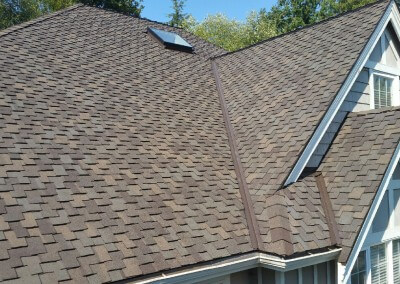 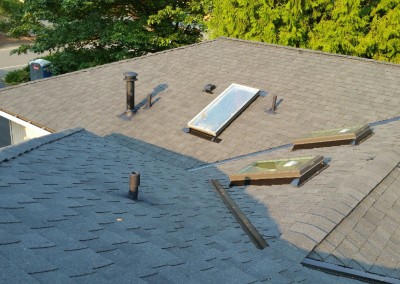 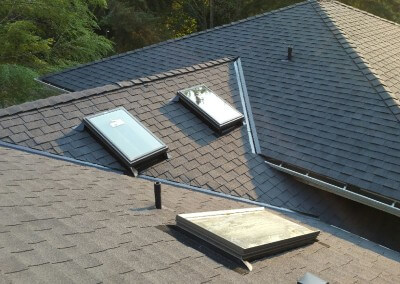 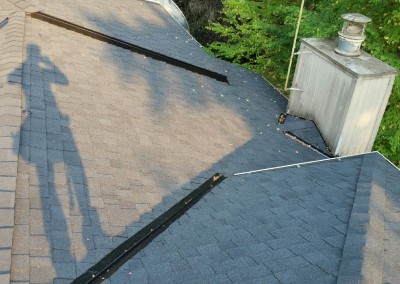 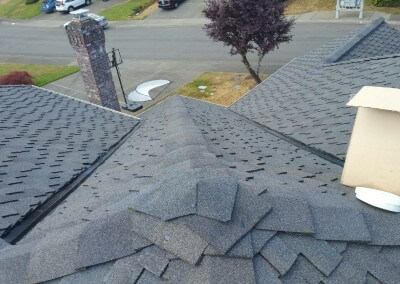 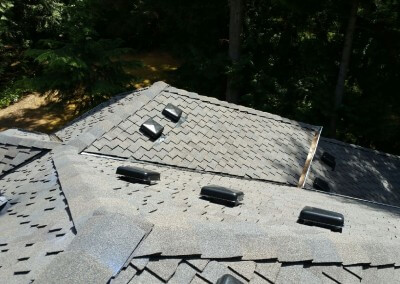 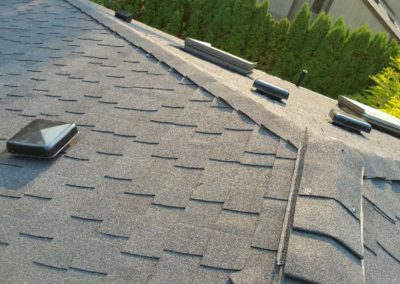 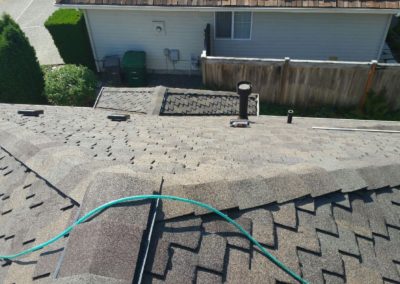 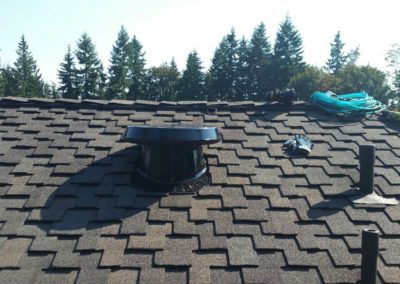 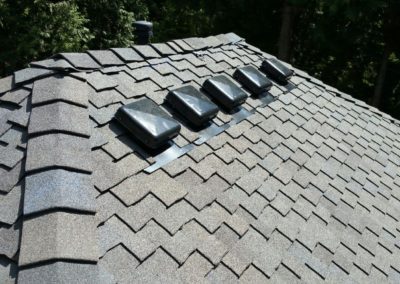 Venting on the ridge 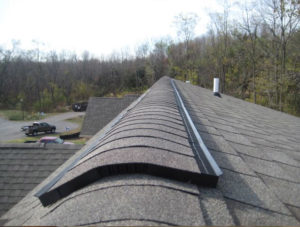 Email Us! Call Us!